We've had a busy weekend! After much discussion, we decided on what space we would use in the basement for a workshop. It turns out to be the space below the study and laundry room (labeled as "Little Bedroom" in this map from 2003): 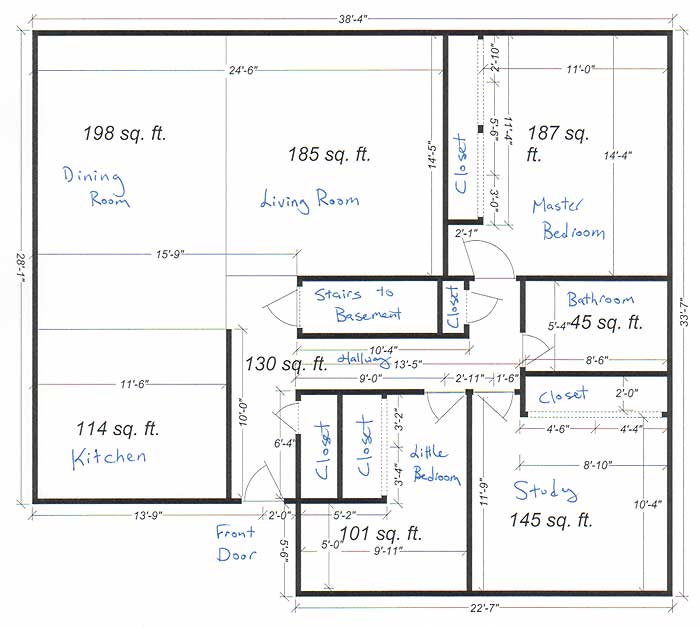 which meant clearing out the bookshelves and pool table (planning to eventually get rid of the pool table). Here it is after being cleaned out, with a table saw we bought this weekend:

"Where did it all go?" my mom asked when I told her. Well, for now, it is all in the red room. That's a good place for it, since we're going to have foam insulation applied between where the concrete wall ends and the first floor begins on March 2nd. (as well as putting additional insulation in the attic) So, I needed to clear things out in order to allow "ladder access" all along the unfinished walls anyhow.

Mike has plans to run a line from the air compressor in the garage into the workshop. Right now, it's just a hole in the wall of the garage that leads into the basement:

The first project for the workshop-to-be was a floating shelf for the study. Here is the shelf in its initial form. It still needs paint, and Mike plans to make a facade that matches the trim on the desks.

We also primed the trim on the shed window (which Mike installed last week). Pictures of that plus the new shed organization (last weekend's project) forthcoming once I get it painted.